What is a Minimum Viable Product? MVP explained for product teams

Become location-independent, productive, engaged and connected with your team while working hybrid. Without all the meetings.
View Course

Why use Minimum Viable Products?

One of the most popular concepts coming out of Silicon Valley is minimum viable products, also known as MVPs.

Minimum viable products are popular because of the success stories around startups like Airbnb, Dropbox and Zappos.

When coaching product teams, I see that the MVP concept is often misunderstood and applied wrong.

So that's why in today's video I share my workshop recipe for product teams how to create their own MVPs.

In 2007, the two founders of Airbnb could not afford their rent for their loft apartment, so they came up with the idea of putting an air mattress in their living room and then turning it into a bed and breakfast for a conference that was coming up.

The goal at first was to just make a few bucks but they then realized that matching bed and breakfasts with customers could be a potential goldmine.

They put together a website where the B&Bs were listed but they kept struggling to find people to use their platform.

Therefore, they provided an option for B&Bs to automatically post to Craigslist, a marketplace website where there was already a huge audience.

And in this way, Airbnb reached lots and lots of prospective users.

And the rest is history.

The Dropbox story is probably the most well-known MVP story because it was written down by Eric Ries in his book "Lean Startup."

In 2008, Dropbox needed to test its leap-of-faith question, which was if we can provide a superior customer experience, will people give our product a try?

And this is not the kind of question you can ask or expect an answer to in customer interviews.

Customers often don't know what they want and in this case, they often had a hard time understanding Dropbox when the concept was explained because it was so technical.

So Drew, the founder of Dropbox, decided to create a quick video where he showed the product in action.

This video alone drove hundreds of thousands of people to the Dropbox website.

Zappos, an online shoe store that was acquired by Amazon for $1.2 billion in 2009 and their MVP story is also famous and that's because it's so simple yet so brilliant.

Zappos started with just an online web shop consisting of pictures of shoes from shoe stores and when a pair was sold, one employee ran to the shoe store to buy the shores, put them in a box and then ship them.

There was no e-commerce or warehousing at all.

Just one single man made up the logistics department.

And these stories are great and inspiring but they don't really help you to create a minimum viable product for your business ideas.

A lot of companies get the concept of minimum, viable and product wrong

And that's because it's really hard to cut things out when you are working on something that you love.

So that's why I sometimes still make the mistake myself of trying to add too many things to the Workshop Wednesday MVPs that I create but remember that the main goal of an MVP is to help entrepreneurs and teams to start the process of learning as quickly as possible.

But that doesn't necessarily mean that it's the smallest project imaginable.

It's simply the fastest way to start learning how to build a sustainable business with the minimum amount of effort.

Now, let me show you a workshop exercise I do a lot in project management and product strategy training to help people understand the concept of an MVP.

And the exercise is called Wake Up in the Morning and it's made popular by this blog post from AgileSparks.

Wake Up in the Morning helps you to work together as a team and it's a fun and fast way to help a team understand the concepts of iterative and incremental development.

And that's exactly what you want to achieve with an MVP.

The blog post describes the steps to do this activity on location.

You can even see some nice pictures over here.

But of course, we have moved digital, so let's make use of Miro, our digital whiteboard to do this exercise.

And this is a real-life example of a Miro board I used for a group just the other week.

I kicked off the training almost at the beginning with Wake Up in the Morning.

So I asked the group to list everything they did from the morning they woke up until the moment they arrived at the office.

And write everything down on single Post-its and generate as many steps as possible.

They got five minutes for this part of the activity and after that, we split it up in two teams because it was a bigger group and then I asked both teams to group the activities.

So chores were grouped for this group, for this team, sorry.

So that's that step of the exercise.

So they need to share and generate ideas and to see where things fall into place.

And then the next step is to order by time.

So to make sure that everything is ordered from left to right.

So it's kinda like a story you are following along.

Now, once you have done that, then we order by criticality.

So in this case, to brush your teeth and do your hair was the most important one and taking a shower was less important.

And then the last step, which is the most fun.

So I then placed this dashed line on the board.

And I tell the group that their alarm didn't went off.

They're in a hurry.

They only got 15 minutes before their really, really important appointment is coming up at the office and they really cannot miss it.

They really have to go to the office.

So they have 15 minutes.

What are the most important things that they will be doing in those 15 minutes before arriving at the office?

And now the team has to align and set priorities.

What you see here is, for example, that they skipped making the bed or that they didn't walk the dog but they did fed them.

And that they checked their email, in this case to send a short message that they were on their way.

And then travel to the office.

So this forces the group to think on the most important steps they should take before getting to the office, before achieving the goal and this is basically the concept of an MVP.

The MVP are the things that you do above the dashed line.

And figuring out what you need to do above the dashed line becomes way easier when you see the whole picture from beginning to end and also if you focus on a specific persona.

So in this case, it was an owner of a dog.

So it was important to fed the dog and I also think that this persona, in this case, didn't have kids but as you can see, it depends on the context and it depends on the user you're focusing on, what decisions you will be making in your MVP.

Now, I use this workshop activity a lot when teaching groups the concepts of agile product development.

For example, it's a great warmup exercise before you create a User Story Map.

If you have not seen my video about User Story Mapping, I will link it down below in the description so that you can start defining an MVP for your own products.

Now, the most important lesson of the MVP is that any additional work beyond what was required to start learning is a waste, no matter how important it might have seemed at the time.

The goal of an MVP is to learn about your business model, so keep your MVPs minimal.

You might not even have to build the actual product to learn.

Take in mind the Dropbox example with the explainer video and a simple landing page where people could sign up and leave their email addresses.

And then, of course, it's important to actually measure something if you want to learn anything: The number of views or signups or the amount it was shared on social media.

This will give you the benefits of obtaining real-world feedback from your users.

You can learn from their commitments and shift your vision based on their feedback.

And I don't mean that you should go in a completely different direction but more that you take the best possible route based on what you learn.

This will help you maintain and gain momentum by building a community around your product.

Be the first to receive new workshops and videos every Wednesday.
Subscribe
Thank you! Your submission has been received!
Oops! Something went wrong while submitting the form.
Download this template 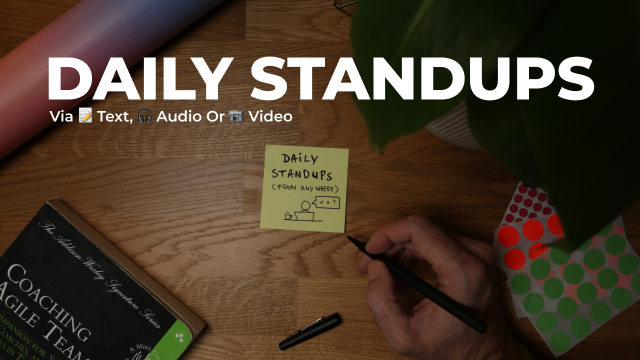 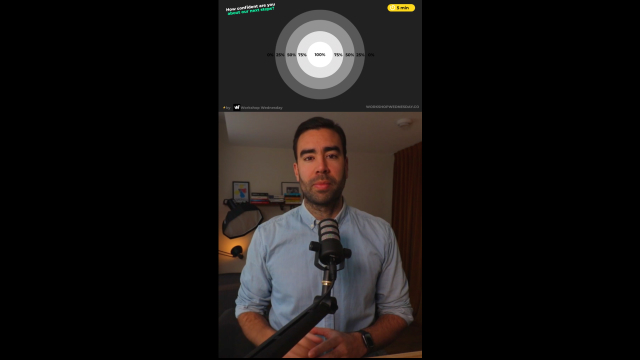 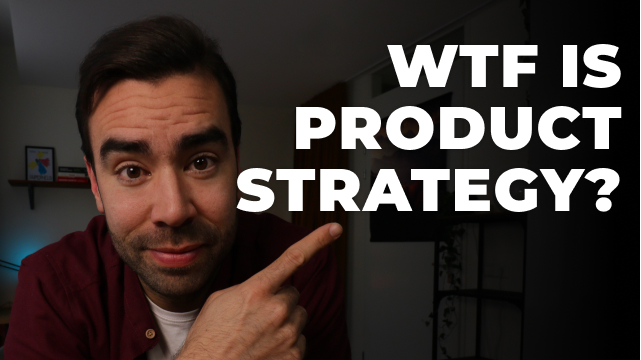